I worked on a project based on MEG in the laboratory of Dr. Leonardo Cohen at the National Institutes of Health (NIH) in 2017, focusing on the neural signature of the memory of errors in visuomotor tasks. This is to answer the ultimate question, “How do we learn from past errors?” Visuomotor adaptation learning tasks were given to 13 patients under MEG recording, where they used a joystick to move a red dot that appears on the screen to touch the target, repeated for 300 trials, but with an unexpected perturbation in the acceleration of the red dot. The primary hypothesis was that the memory of errors made in each trial is maintained and that their relative duration and strength are inversely proportional to the magnitude of the error made. I interpreted the data obtained using Multivariate Pattern Analysis (MVPA), a machine-learning technique where an estimator is trained at each time point to separate the MEG activity distributions associated with content and rule, and successfully decoded the magnitude of errors in each trial from MEG data. In addition, I discovered the existence of a critical artifact in the methodology that may have interfered with hypothesis validation, including target positions and visual stimuli of the red dot during the task. To address this potential cofounder, I independently designed an additional set of experiments with further controls on separate variables. For instance, I changed the relative locations of targets and redesigned the map with eight different possible positions for the target. These experiments were completed after I left NIH. However, encouraging results suggest that the more rigorous database I designed will fully support our original hypothesis. If I can further elaborate the study, I would like to design experiments that can separate two potential learning signals: errors of task performance and errors of sensory prediction. This will provide us with more precise insights into sensorimotor adaptation. 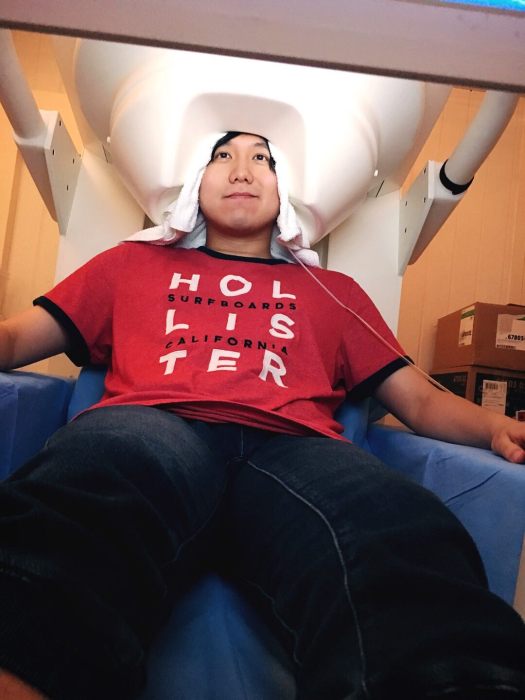